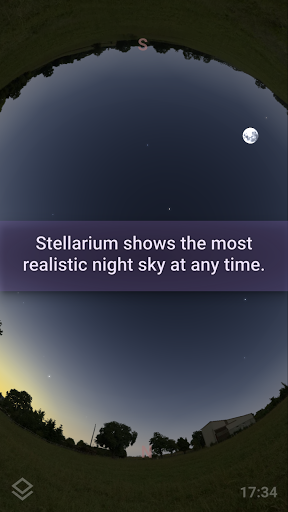 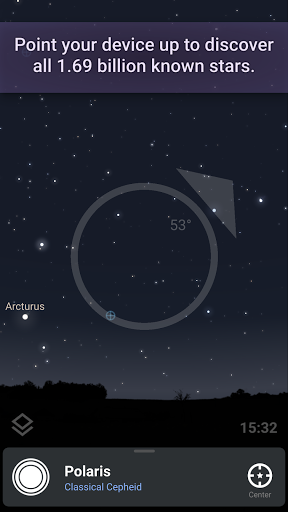 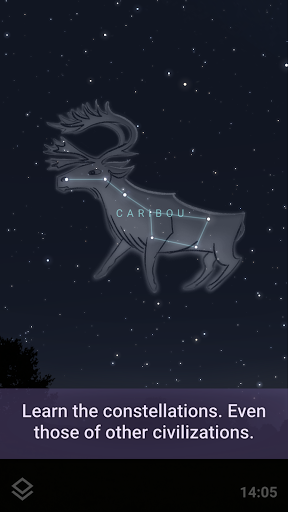 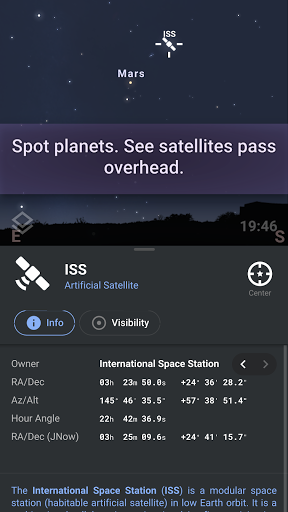 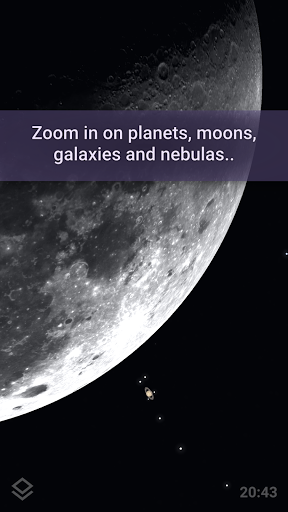 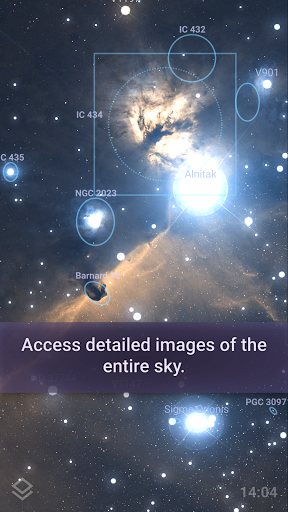 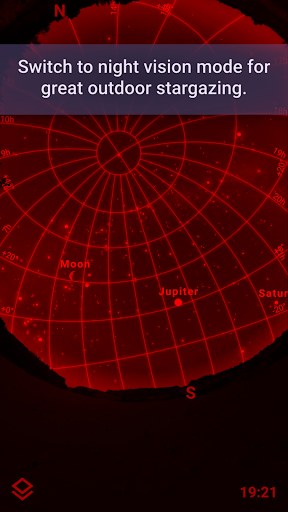 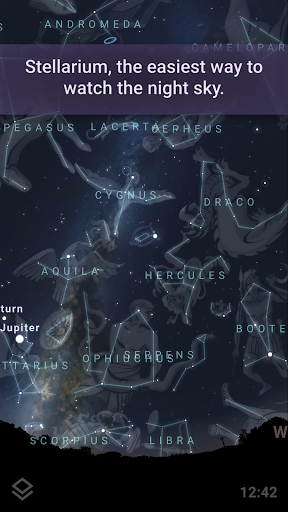 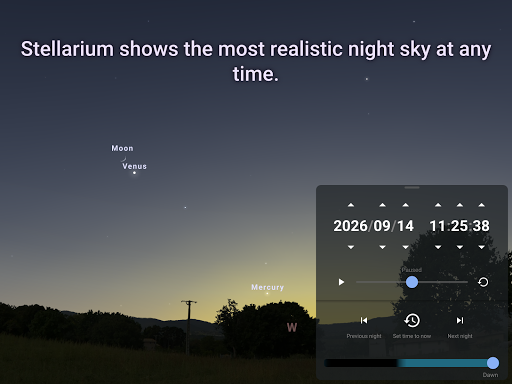 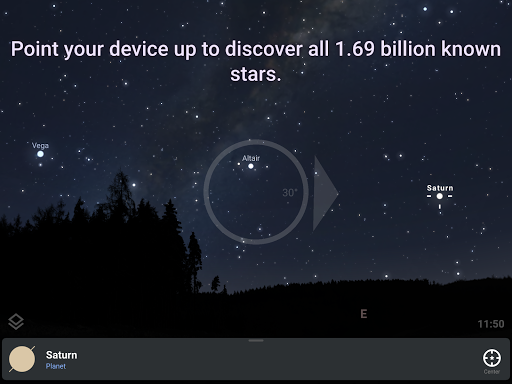 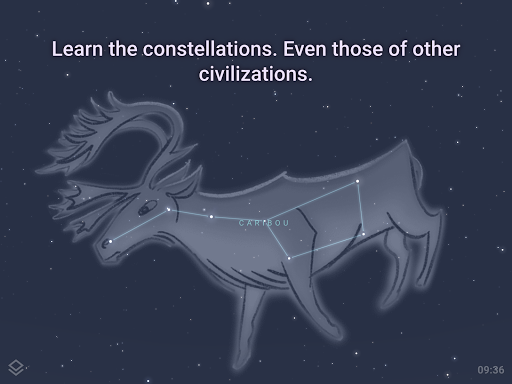 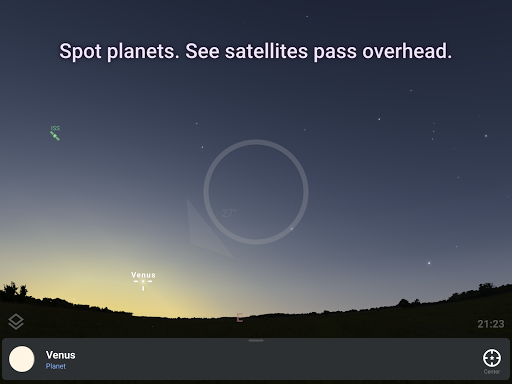 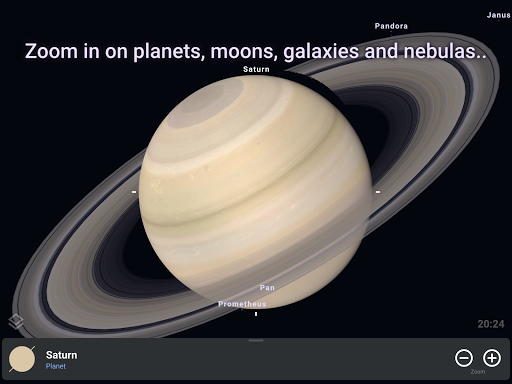 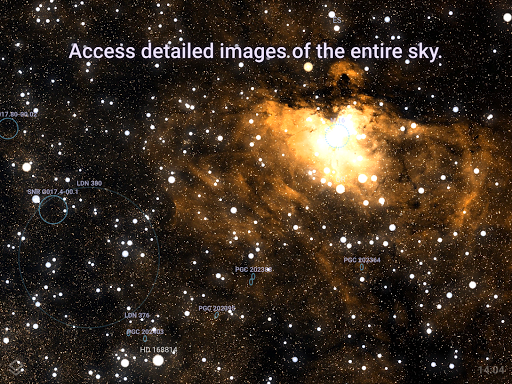 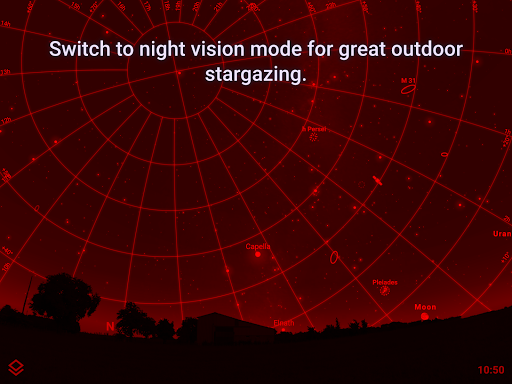 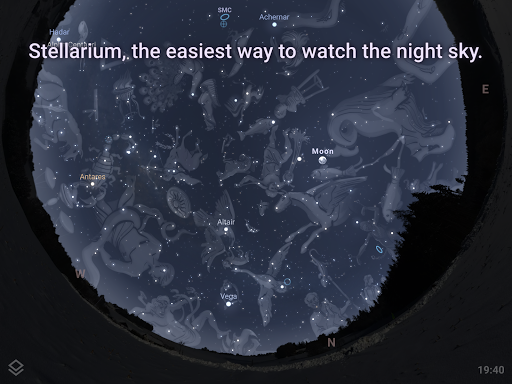 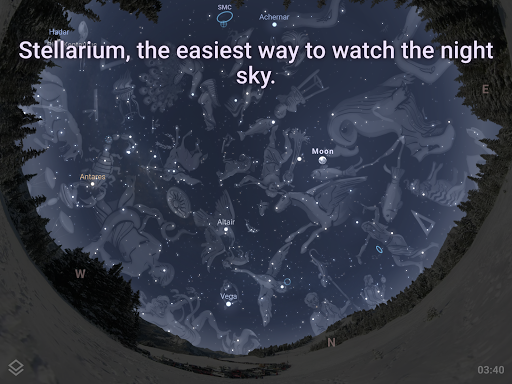 Stellarium Mobile - Star Map is a planetarium app that shows exactly what you see when you look up at the stars.

Identify stars, constellations, planets, comets, satellites (such as the ISS), and other deep sky objects in real time in the sky above you in just a few seconds, just by pointing the phone at the sky!

This astronomy application has an easy to use and minimalist user interface, that makes it one of the best astronomical applications for adults and children who want to explore the night sky.

★ View an accurate night sky simulation of stars and planets for any date, time and location.

★ Dive in a collection of many stars, nebulas, galaxies, star clusters and other deep sky objects.

★ Discover how people living in other regions of the planet see the stars by selecting the shapes and illustrations of the constellations for many sky cultures.

★ Discover 3D rendering of the major solar system planets and their satellites.

★ Observe the sky in night mode (red) to preserve your eyes adaptation to darkness.

Stellarium Mobile contains in-app purchases allowing to upgrade to Stellarium Plus. With this upgrade, the app will display objects as faint as magnitude 22 (versus magnitude 8 in the base version) and enable advanced observing features.

★ Reach the limit of knowledge by diving in a massive collection of stars, nebulas, galaxies, star clusters and other deep sky objects:
• All known stars: Gaia DR2 catalog of over 1.69 billion stars
• All known planets, natural satellites and comets, and many other minor solar system objects (10k asteroids)
• Most known deep sky objects: a combined catalog of over 2 million nebulas and galaxies

★ Observe in the field, even without internet connection, with a "reduced" set of data: 2 million stars, 2 million Deep Sky Objects, 10k asteroids.

★ Control your telescope through Bluetooth or WIFI: drive any GOTO telescope compatible with NexStar, SynScan or LX200 protocols.

Stellarium Mobile - Star Map is made by the original creator of Stellarium, the well known open source planetarium and one of the best astronomy applications on Desktop PC.
More

This update brings the following improvements:

We are happy to hear from you and get your feedback!