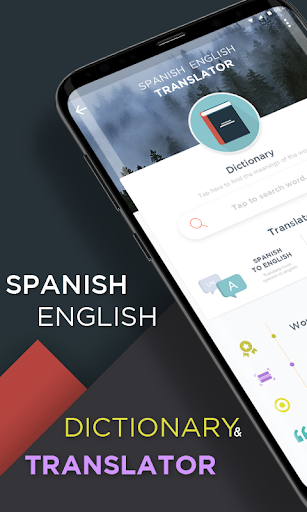 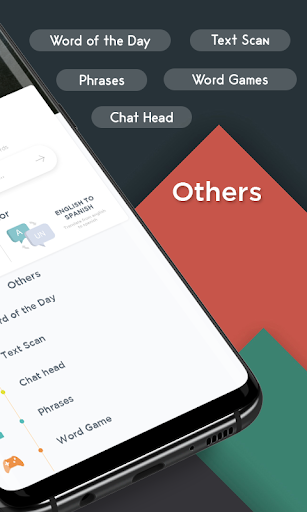 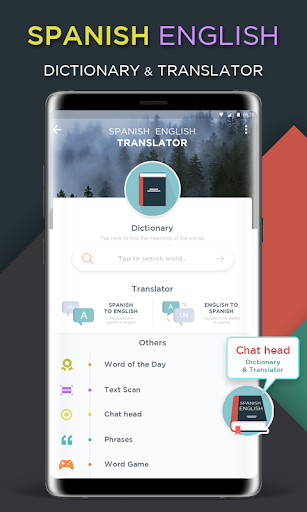 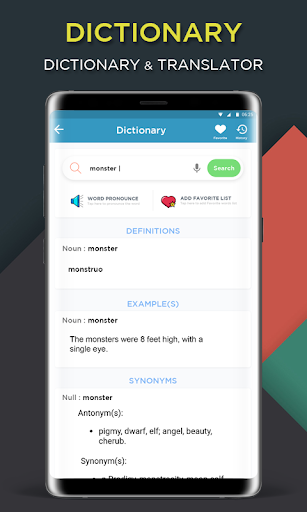 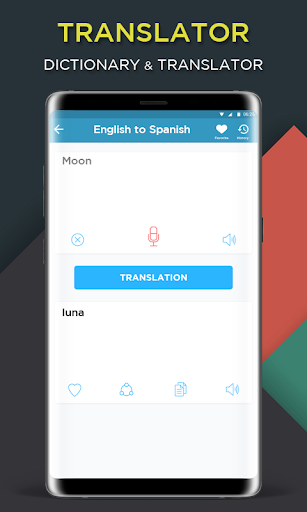 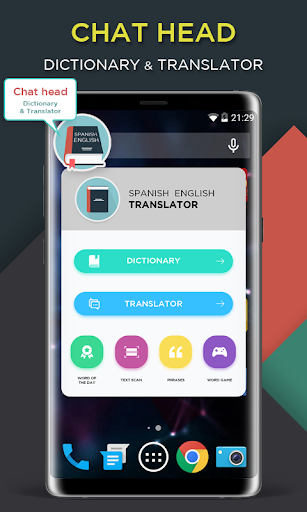 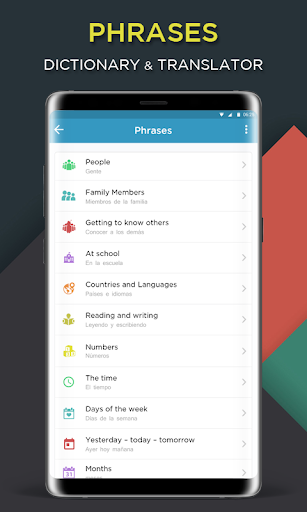 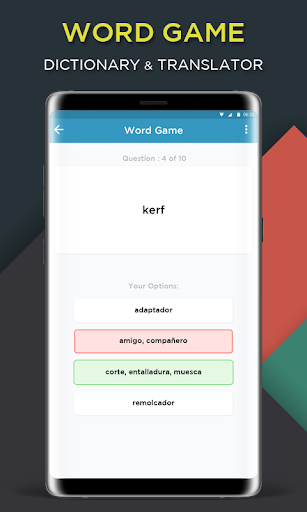 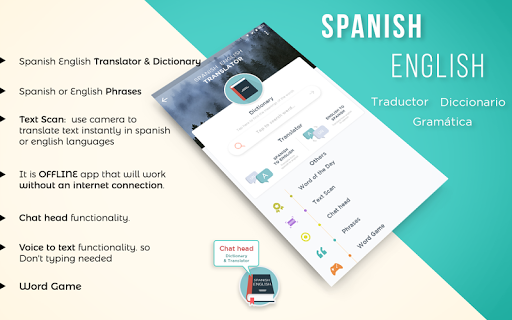 English Spanish Dictionary :- With a massive data base we allow you to search the meaning of all the english and Spanish words.

Chat Head :- Have you ever wanted to tranlate and communicate without closing your news or social media app? This Chat Head allows you to use the translation app over any of your other app without you having to close one app and open another.

Word of the Day & Sentance of the Day :- Lean a new word and a new sentence everday with via this all new English Learning app.

Scan to Translate :- If you are looking to translate from a book or a written note, All you have to do is take a photo via this app and the app will translate the text to Spanish. Do away with typing the whole sentence.

Word Game :- Learn English with Fun via the Word Game.